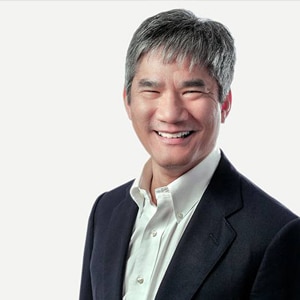 Gilman Louie is a cofounder and partner at Alsop Louie Partners, a premiere venture firm based in San Francisco. Gilman is the founder and first CEO of In-Q-Tel, a strategic venture fund created to help enhance national security by connecting the Central Intelligence Agency and the U.S. intelligence community with venture-backed entrepreneurial companies.

Previously, Gilman built a career as a pioneer in the interactive entertainment industry, with accomplishments that include the design and development of the Falcon F-16 flight simulator as well as being the person who licensed Tetris, the world’s most popular computer game, from its developers in the Soviet Union. During that career, Gilman founded and ran a publicly traded company called Spectrum HoloByte which ultimately was acquired by the Hasbro Corporation, where he served as chief creative officer of Hasbro Interactive and general manager of the Games.com group.

Gilman serves as Chairman of the Board for Vricon, Inc. and for The Federation of American Scientists. He is a member of the Markle Foundation Task Force on National Security in the Information Age, and is an advisor to the U.S. intelligence community.
Your trust is important to us and we tirelessly work on improving our services and raising awareness about our products, which are designed to ensure our users’ security and privacy. To accomplish these goals, we use cookies that enable us to learn how our website visitors navigate our content and how web users interact with our marketing materials so we can understand how to improve our website and our content.AcceptRejectPrivacy Policy