The proliferation of consumer-grade communications applications has given rise to widespread, unsanctioned use throughout the military community.

After nearly two decades on the ground, President Trump’s recent decision to withdraw 2,500 troops from Iraq and Afghanistan by mid-January has shaken the defense community. As American forces now consider how to quickly—yet safely—exit these regions, there’s one security vulnerability that requires close scrutiny: WhatsApp.

The proliferation of consumer-grade communications applications like WhatsApp has given rise to widespread, unsanctioned use throughout the military community—a practice that puts operations at risk of interference in an era of great power competition. In fact, this critical transition for U.S. forces is a perfect illustration of the growing concern about active U.S. military leveraging insecure communications tools to transmit operationally sensitive information.

Without the ability to confidentially communicate and collaborate, soldiers, sailors, airmen, marines, space professionals, and defense civilians and contractors are at risk of leaking critical information that could impact a safe exit from Iraq and Afghanistan. Simply by sending a text to a family member, a soldier, for example, could inadvertently reveal information that could result in the identification of a secret operating base to a hostile adversary. Or worse, using WhatsApp to coordinate details of the exit with other members of the military could put those details in the hands of enemy combatants, putting American lives at risk.

There have been other examples where seemingly innocuous applications have had potentially serious security and privacy implications when used by military personnel. In November 2019, U.S. soldiers in an intelligence unit with top-secret clearances revealed to The Washington Post that they had been asked by a commanding officer to download a new app developed for the unit for the purpose of communicating weather and training updates. A closer review of the app’s data policies, however, revealed the capability to harvest extensive personal information about the user and share it with a developer that had a presence overseas. Because of the critical nature of the intelligence officers’ work, the enforced use of this app and its data-sharing capabilities had the potential to put troops in immediate danger.

This challenge is not unique to the United States, as other countries like Israel are transitioning troops from consumer applications to technology with high military-grade security that allows for seamless communication without risking national security. Israel’s IDF army recently launched a user-friendly mobile messaging app where troops can share classified information and communicate with their higher commands located elsewhere. This is not surprising. But what is innovative in this approach, is the focus on using an application with the same look and feel of a traditional consumer product to reduce the time it takes to become highly proficient.

This shift to more secure, military-grade secure collaboration tools is demonstrative of a rapidly changing and increasingly complex national defense infrastructure that requires tools to be rapidly deployed, adopted, and updated to keep up with the pace of technological development by near-peer competitors.

In the United States, we too have domestically developed secure communications tools that are filling this need while also adhering to the strict compliance requirements set out by DoD. But they require adoption and widespread deployment. Secure, end-to-end encrypted communication capabilities that are familiar and easy to use must be a requirement in modern warfare, rather than an afterthought. Otherwise, we place military operations at risk of interference from our adversaries—not only for troop withdrawals in Iraq and Afghanistan but also in great power competition with China and Russia.

This article was originally featured on NextGov 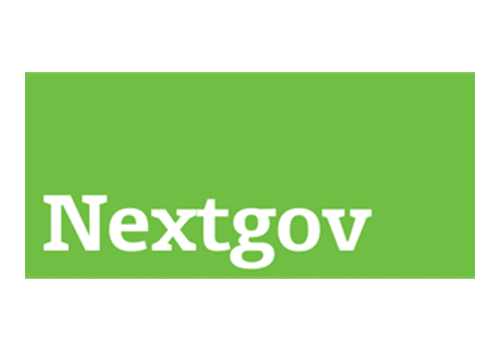